The charming San Lorenzo is located between the valley of Pusteria and the valley of Badia, at the foot of the Dolomites. At an elevation of approx. 830 m above sea level with its local parts Mantana, Onies, Elle, Costa, Ronchi, San Martino, Palù, Maria di Sares, Santo Stefano, Castel Badia, Fassine and Capolino. >>><<<

San Lorenzo di Sebato is a very particular place and rich in history. Its geographical position, at the joining point of the rivers Rienza and Gadera, has always played an important strategic role. Already the Reti (ethnic group in antique times) appreciated this advantage, but 15 B.C. the Romans drove them out and this place became the roman camp of „Sebatum“. The numerous archaeological excavations and monuments, structural ruins, a milestone and coins of that time, demonstrate how important San Lorenzo might have been during that period.
On an expedition through the castles, medieval fortresses and prehistoric cult sites you will discover and experience the most concise moments. Castles, like castle Badia and castle S. Michele, tower on the left and the right side of the river Rienza. Castle Badia, perceived abbey for aristocratically women, is today an overwhelming hotel. In the parish church you can find the famous Wine-grape Madonna with child at the high altar, which was created by the painter and carver Michael Pacher in 1462. This enchanting artwork suggests the quintessence of harmony amongst history, art and landscape.
Amidst the spectacular mountainside, in a valley about 3 km long, with view to the North to the gigantic Vedrette di Ries, you find this paradise of a holiday destination. Enjoy the fascinating and still untouched nature during hiking excursions on well-marked trails up into the higher areas! Through this splendid position, directly at the foot of the ski area Plan de Corones, the temptation is too big to resist the amusement on the slopes, whether on skis, on the snowboard, by sledging, skating or by playing skittles on the ice. 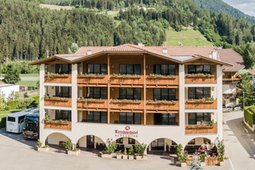 Wellbeing all time! Feel at home and at your ease from the moment of your arrival.Friendly, inviting, cosy, authentic. Welcome to the Wirsthaushotel! Facilities : Beautiful indoor pool, Sauna area, 3-lane bowling alley, Bar, Games room, Heated drying room for skis...

from 77€
per person per night 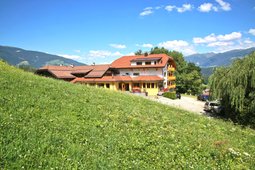 The house is surrounded by meadows and situated in a quiet area at the foot of Plan de Corones, yet just a short walk from the center.You can relax on the lawn next to the heated pool, while children play in the playground. 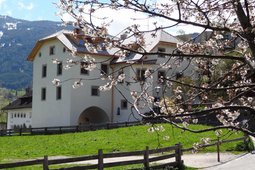 Family Hilber warmly welcomes you at the Hofrichter Farm, a real south-Tyrolean farm! Situated in Castelbadia, a small and quiet hamlet of S. Lorenzo, the farm is surrounded by green fields and has a wonderful view on the majestic mountains of this area. 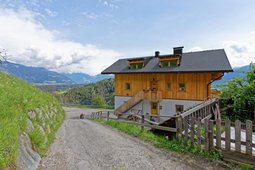 Family Pescosta invites you to spend the most beautiful days of the year on their farm. The Kehrerhof is open all year round: whether spring or summer, whether autumn or winter, a holiday on a farm always provides you with many attactive offers. 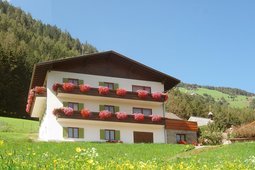 The Unterguggenberg farm is surrounded by meadows and woods in a quiet but central position. A breathtaking view of the unique South Tyrolean alpine landscape opens up in front of you at an altitude of 900 meters above sea level.

from 30€
per person per night 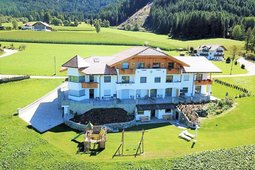 Modern holiday flats, elegantly furnished with only natural materials and modern amenities, near the slopes of the Kronplatz ski resort but yet quiet and close to the nature. This was the idea of the Maireggers when they built the Residence Stefansdorf apartment complex.

from 32€
per person per night 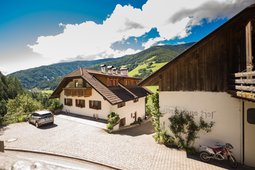 The farmhouse Übersteiner is situated 1130 meters above sea-level, in the middle of woods and meadows and just 10 minutes by car from the village centre. The Kronplatz mountain can be reached in 15 minutes by car. The house has two apartments featuring all amenities. 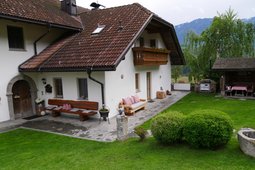 The Stockerhof farmhouse is located in a sunny little hamlet called Fassing, in the middle of the wonderful Puster valley, and therefore represents an ideal starting point to discover the Upper and Lower Puster Valley, the Badia and the Aurina valley.

The mountain hotel Haidenberg, located in the municipality of San Lorenzo di Sebato, gives you a warm welcome! Here, at an altitude of 1.354 meters, in summer the lawns around the house are green and flowery. 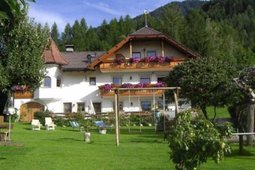 Welcome to the Mairegger family! The house is set 950 meters above sea level, far from the hustle and bustle, noise and confusion of the tourist crowds, in the midst of unspoilt nature and not far from the capital of the Val Pusteria Brunico, the birthplace of Michael Pacher. 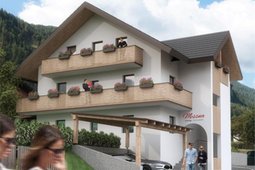 A very warm welcome to Messna Living. Perfect Alpine-style accommodations at the foot of Plan de Corones. Centrally located in the quiet village of Santo Stefano, the three holiday apartments invite you on a wonderful holiday filled with physical activities, in Val Pusteria. 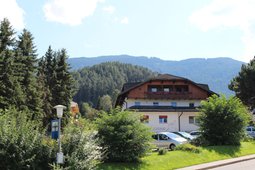 Welcome to Apartments Tirol in San Lorenzo di Sebato, in the beautiful Val Pusteria. Feel like at home in this house, situated amidst the famous mountains of South Tyrol. It is the ideal place to spend an unforgettable carefree holiday with either family or friends.

from 23€
per person per night 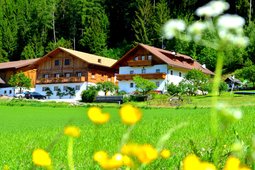 Enjoy the silence near the wood and the wonderful view on the Alps. The farm Weliserhof is situated in Stephansdorf near St. Lorenzen on the foot of the ski and hiking paradise Kronplatz. 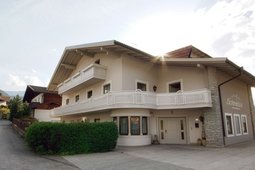 The cozy family-run apartments are open for you throughout the year. Enjoy your stay in the house surrounded by a calm and warm atmosphere. Here you will find bright and comfortable apartments for 2-4 people.

from 14€
per person per night 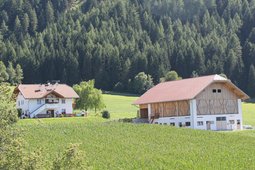 Welcome to the Beikircherhof in Stefansdorf in the beautiful Val Pusteria. The farmhouse offers 3 appartments for 2 to 7 people. Enjoy the idyllic tranquility of the farm, the beautiful landscape overlooking the Val Pusteria and the proximity to the Dolomites.

from 20€
per person per night 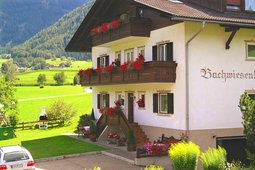 Welcome to the Bachwiesenhof! This farmhouse is located in a tranquil position in the middle of the nature, a perfect starting point for your holiday activities both in summer and winter. The farm offer 3 cozy holiday apartments for 2-8 people.

from 19€
per person per night 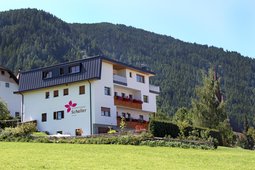 Enjoy a relaxing holiday surrounded by wonderful and calm nature with a wonderful view on the Alps, in a familiar and cosy atmosphere. You will feel like at home in these clean, lovely and completely furnished apartments. 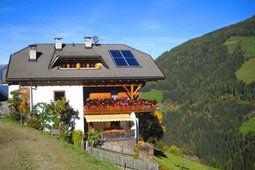 Enjoy a holiday at this farmhouse with family-like atmosphere situated in an idyllic and sunny position with a wonderful panoramic view of the surrounding mountains. The apartments are the perfect setting to enjoy peace and serenity. 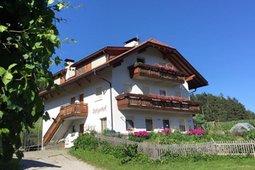 Welcome to the Holzerhof! Spend the most wonderful time of the year with your family on the Holzerhof in San Lorenzo. The farm is set on the sunny side of Val Pusteria. The house is surrounded by meadows and woods in an ideal position to relax and unwind. 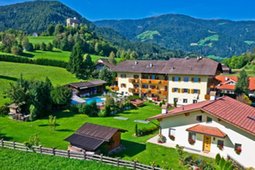 Active holidays and gastronomic pleasures all year round. The guests' well-being is close to the hosts' hearts. Friendly hospitality, great attention to the smallest details and an extraordinary cuisine are the pillars supporting the Martinerhof Hotel.